Picture the scene. You’re moving into a new house and it is totally bare. It’s a pretty daunting thought, right? For lots of people, it is not just a thought but their reality. Thousands of people buy properties, gut them, and start afresh to create their dream home. The only problem is making sure you have everything you need to survive. No one wants a kitchen without a microwave or an oven, after all. But, there are even smaller kitchenwares which are as important yet go under the radar. If you don’t know what they are, you can find them underneath.

The average homeowner thinks they can do without a thermometer or a time. Let’s face it – a watch is just as good at telling the time. And, there is no point in checking the temperature as long it’s hot enough to eat. However, there is a reason getkitchenappliance.com has it on its ultimate kitchen essentials list. For one thing, a thermometer is essential if you want to check whether a meal is cooked. Just put it in and read the gauge and you will know when to stop cooking. Also, a timer has an alarm which means you will stick to the timings like a German train schedule.

“Why do I need wooden spoons when I have metal ones?” Spoken like an amateur chef! The reason wood is better than metal is down to the cooking process. The texture, the smells, and the tastes which wood imbue all soak into the dish. As long as the spoon is clean, it’s a positive. Metal is different because it is cold and sterile and doesn’t add any Jen ae sais quoi. If it sounds farfetched, just try cooking with a wooden spoon and a metal one and test the difference. The distinction in the taste is pretty significant. Finecooking.com points out that wood is just as strong and durable and looks better. 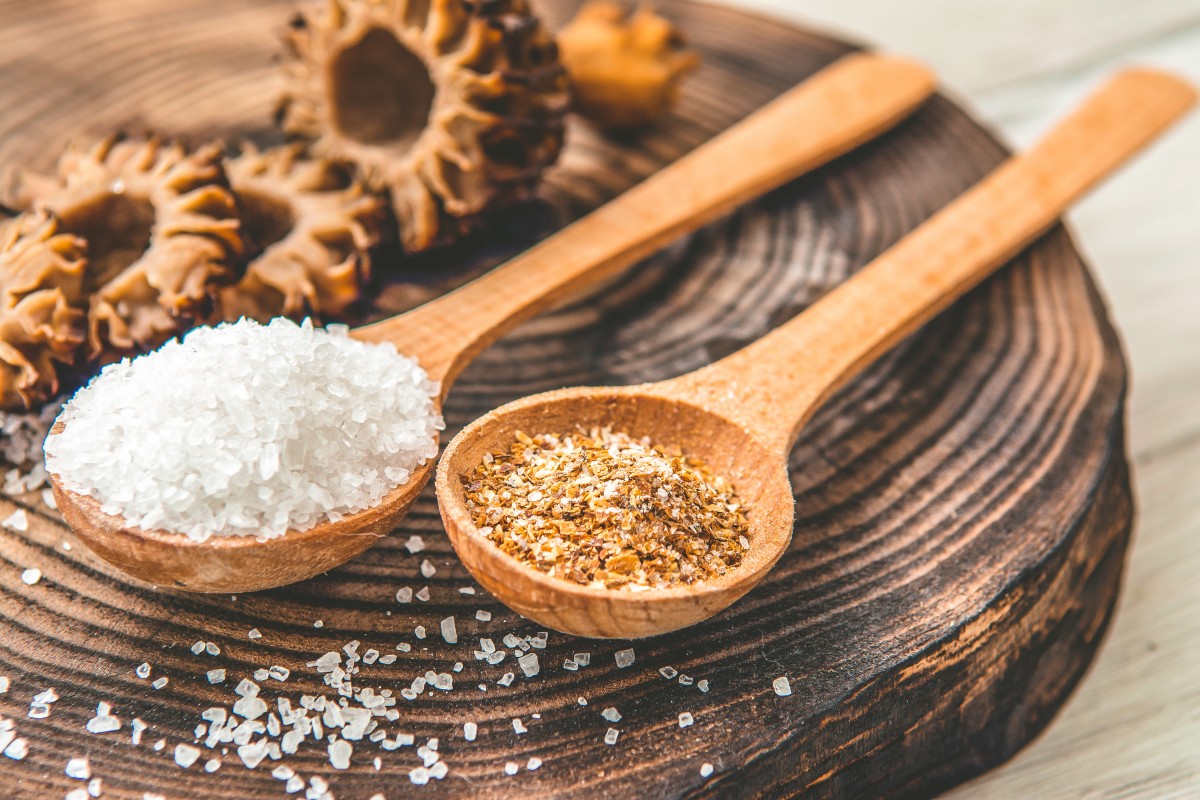 Halogens are taking off (not literally) and there is a good reason: they’re amazing. To start with, there is no excuse not to have a backup plan. Ovens are great, but they are unreliable and breakdown. When this happens, you need a replacement before the new oven arrives. Otherwise, it will be baked beans on toast for the foreseeable future. Plus, a Halogen is quicker and gives food a crispy outside with a soft inside. For things such as potatoes, there is no better way to cook than with a Halogen.

Lots of people don’t see the difference between a wok and a frying pan, but they do exist. Normally, there isn’t much dissimilarity in the looks department says quench.me. Both are black, rounded and used for frying food. The difference is in the preparation. Anyone who likes Asian cuisine won’t get the same result in a regular frying pan. The reason is the heat of a wok and the style of cooking. By cooking on a high heat for a short time, everything is crunchy and crisp. Frying pans tend to soften food.

These are four examples, yet there are plenty more. Don’t just opt for the tried and tested – try the unbeaten path too.

Some of my favorite Georgia-based businesses