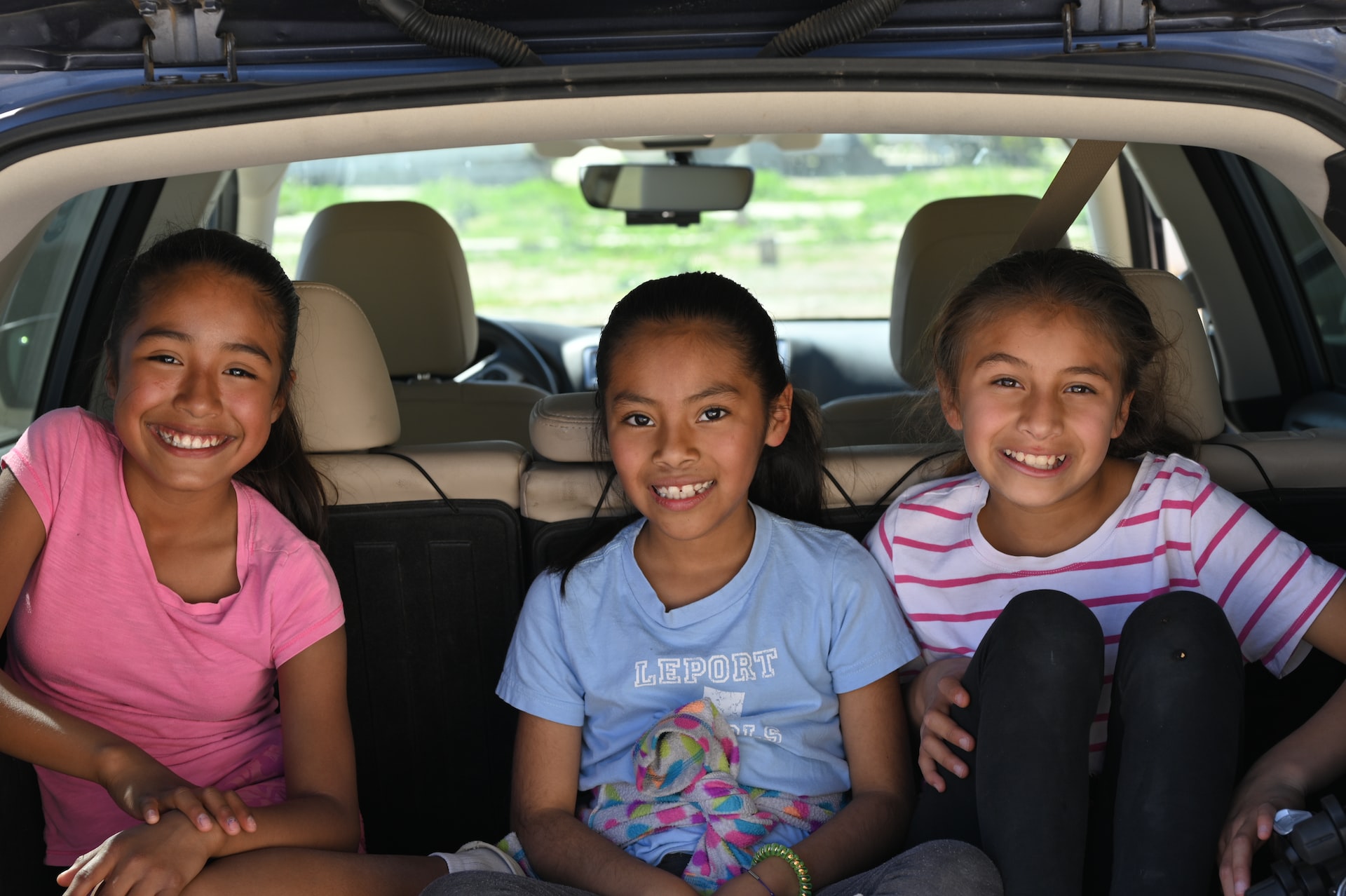 Many of us can recall taking road trips as kids – car journeys used to last forever. If you don’t give your kids enough to occupy them, they’re likely to get bored and that’s when the dreaded ‘are we nearly there yet?’ question will come up. No parents want to face nagging children on a car journey. Here are just a few ways to keep your kids occupied so that the journey is more tolerable for all.

Stopping off along the way gives everyone time to stretch their legs and use the loo. It can also give your kids a new environment to explore and a chance to expend some of their energy. You could plan to stop off at a service station and get food, or you could choose a landmark or point of interest along the way to explore. Ideally, you should stop every two hours.

Snacks will also help to break up the monotony. You don’t want your kids snacking until they’re sick, so make sure that these are located in the front with you-you can then hand them out throughout the journey. Snacks could be given out as treats for good behavior every hour. They could also be the prize for a game. Be careful with sugary snacks as too many of these could give your kids a sugar rush and lower their attention span even more. You should also watch out for snacks like chocolate which could melt or cold drinks that could get warm – it could be worth bringing a cooler box to put these in.

For young kids, it’s worth bringing a few toys to play with in the back of the car. Certain toys can be excellent for the car – this list at http://www.madeformums.com/ offers some toys made specifically for the back of the car. Think of toys that your kids aren’t going to get bored of, but aren’t likely to annoy you either (toys that make irritating noises should be avoided). Be careful of small toys which could get lost down the side of the seat.

There are lots of interactive games that the whole family can play in the car. I-spy is the most common car game – your kids will either get bored of this game quickly or continue to play it long after you’ve got out of the car! There are also 20 questions that involve guessing a person, place, or thing, in which only twenty questions can be asked, all of which can only be answered with yes or no.

Many games can be played with signs and number plates and a car makes – for some great ideas check out this list at http://www.minitime.com/trip-tips/10-Best-Car-Games-for-Kids-article.

Give them your phone/tablet

Kids love phones and tablets – they’re often the simplest distraction tool. It’s worth downloading a few games to play that can entertain your kids. For older kids, try some strategy games such as this one  https://www.finalfantasyxvapp.com/. If you enjoy gaming, you could even try and get them to beat your score.

There are a few drawbacks to giving kids your phone – you may need it for navigation or communication, which means you may only be able to give it to your kids for a limited time. If you’ve got more than one child, they both may fight over the phone/tablet too, so you may have to enforce a sharing rule in which they’re both allowed to play on it for a select time before handing it over to their sibling. Some kids also get travel sick when staring at a screen in a car – if you notice that this is a reoccurring habit, you may want to refrain from giving them your phone.

Another option could be to let your kids watch films on the journey. This could be on a laptop or a portable DVD player positioned in the middle of the two back seats. It’s worth bringing a selection of films – they’re likely to get bored having to watch one on repeat. Bring a few films that they love watching regularly and some new ones to add variety. You could also consider bringing a TV series on DVD.

Listen to an audiobook

You could also entertain your kids by allowing them to listen to an audiobook. Your children could listen to this on headphones or you could play it through the car stereo for everyone to listen to. Choosing the latter option could mean that you have to sacrifice listening to music, in which case make sure that it’s a book you want to listen to too. Audiobooks can be bought as CDs or downloaded as apps. It’s worth reading reviews to find audiobooks with great narrating – this will make them all the more captivating.

Let them look at a map

Giving your kid a map could help them to trace the journey. You could even encourage them to look at signs and try and work out where they are on the map – this could teach them some handy navigation and geography skills. The downside of giving them a map is that they will know exactly how far you are from your destination, which means that you can’t lie about being nearly there. However, some kids may find it more motivating to know how much further is left to travel.

Raising A Toddler: 7 Tips To Keep In Mind
How to Treat Your Family on Weekends: Fun and Affordable Ideas